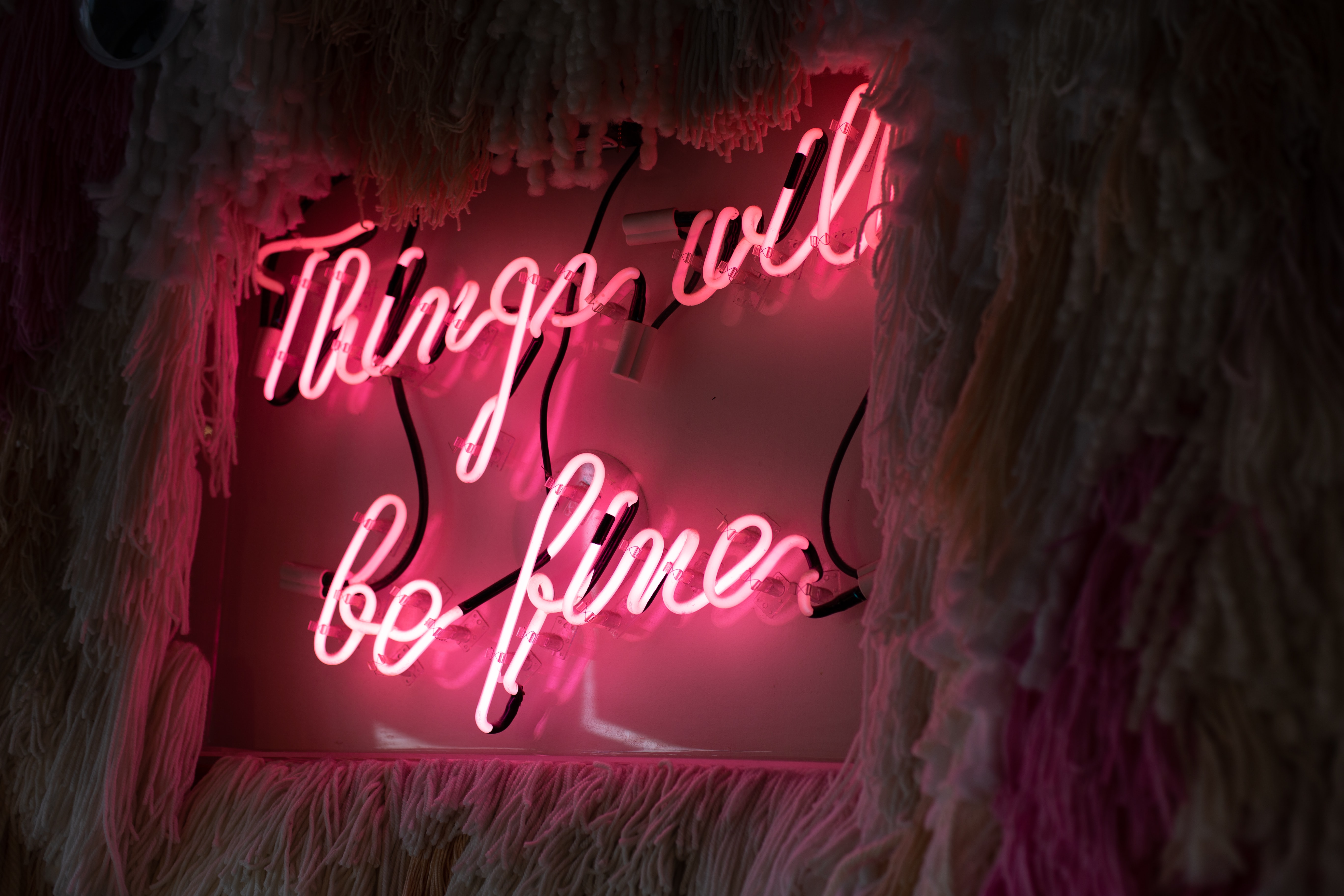 26th February 2020: Middlesex University Dubai worked alongside an open dialogue platform called The ReSet Dialogue to hold one of the most informative and productive group panel discussions. The discussion involved a lot about the status of mental health of students around the world and in the United Arab Emirates in specific, and what contributes towards the student’s status of mental wellbeing.  Conversations revolved around how unsettling it can be for a student to juggle around extracurriculars, internships, university applications, deadlines and social life. After all, there’s only so much one can do.

The one-hour discussion was led by Akanksha of ReSet Dialogues who is a writer, producer and an advocate for publications. Along with Akanksha was Dr Lynda Hyland, a senior Psychology lecturer at Middlesex University Dubai. Dr Lynda holds expertise in the fields of student wellbeing and performance, social and emotional difficulties in childhood and chronic illness management. Dr Kim Henderson, a clinical psychologist from the German Neuroscience Center in Dubai, was also present. The final panellist was Noura Abouelrous, a third-year student of psychology at Middlesex University Dubai.

When Dr Henderson was asked about the mental health status of students in the UAE, she mentioned a particular set of issues that she found quite frequently with her student clients. There is a lot of pressure from family and friends and this causes high levels of depression and anxiety, substance abuse issues and an overcontrol of situations for the future.

“A lot of students have problems with control and a lot of people I find have eating disorders, because of this lack of control. The way that some people choose to gain back that control is to control their eating or not controlling their eating,” Dr Henderson explains.

Dr Lynda Hyland describes that most of the anxiety is facilitated by the hypercompetitive nature of today’s world, the fear of not knowing how to make oneself distinct, the fear of not making the right decision when it comes to postgraduate degree selection, etc. She also mentions the tremendous impact that social media has on a student’s mental health. There is a lot of social comparison between the youth, on what has to be and what shouldn’t.

“When you’re in the age range of 18-20, everything seems permanent,” says Noura. As painful as this statement sounds, it’s true. A certain mishappening, or a certain misunderstanding with someone, often feels painstakingly permanent and miserable. A breakup, a bad grade, a disagreement, all of this seems like something that one may never overcome. But in reality, this isn’t true. It’s really important to remember that things fall in place sooner than one would think.

There is also a prevalence of an inferiority complex and the fear of missing out. All this takes away the essence of what makes life beautiful. The anxiety generated from making everything perfect takes away one’s ability to appreciate the small things.

Along with social comparison, and the serious involvement in building an ‘ideal lifestyle’ through social media, social groups do have an important role to play in a student’s mental health. When friends talk about mental health, it often happens that “conversation remains on the surface, so when we dig deeper into the conversation, people feel like they are being intruded,” Noura states.

But what can be done to remove these layers of hesitations when it comes to talking about how one feels? It is important to promote a sense of self-awareness and have open communication with avid listening skills. This gradually helps, in staying congruent to one’s true emotions.

When asked about the gender differences between students when it comes to communicating what is truly on their minds, Noora says that she has noticed a drastic difference between males and females. However, she also says “…there is a chance of them, opening up when they are provided a safe space”.

So, what is a safe space? It’s something every psychologist needs to create for their clients. It’s a zone of non-judgement, reassurance, emotional reassurance and confidentiality. Many people often forget the powerful effect of a safe space. A safe space allows an individual to stay true to their emotions. It’s a place where one can cry in peace, be grateful for what they have, and be intimate with their emotions. It can be found with someone who is very trustworthy and receiving. Often times, it is the university professors who can provide this to the students.

“Professors spend around 900 hours with students on an average and that is a staggering number,” says Dr Henderson.

Dr Lynda also adds that a student’s academic performance is affected by their mental health and academics is not reflexive of their capacity. But then why do students still remain hesitant in seeking help or talking to a professor? The answer to this lies in how a student might be looked at after communicating their issues to someone.

“It’s the concept of being pitied by the professors after seeking help from them,” says Noura. Dr Lynda reassures her that students would not be treated differently and talking would help professors better understand their situation so they can help them.

Apart from mental health being affected due to the presence of social comparison through media, student’s mental health is also affected by academics. However, Noora comes with a simple yet effective strategy to keep off academic-related stress.

“Academics can always be managed with good time management skills, study groups, lots of coffee and prayers,” she added with a laugh. As a matter of fact, it isn’t actually the academics that prove to be anxiety-inducing to students but the poor physical health that students often run on.

With the deadline season and examinations slowly creeping up on students, a pattern of unhealthy habits starts to form. These may include choosing to eat unhealthy food excessively in the name of ‘comfort foods’, drinking alarming amounts of coffee or energy drinks, and not giving one’s body enough movement.

Dr Henderson expressed that: “According to research, it’s not the quantity of sleep, but the quality of sleep that is important“.

Is it a kind of sleep where one can be easily disturbed? Is it the kind of sleep where you don’t feel rejuvenated after you wake up? It is important to make sure that one doesn’t feel the exhaustion from the previous day. Dr Lynda also added that along with sleep, a healthy diet with the right balance of nutrients is essential. Make sure to give the body enough space to breathe by working in a clean environment, catching some fresh air, doing simple yet regular exercises, and making sure that every part of the body is exposed to some movement. A healthy body always leads to a healthy mind.

Apart from physical exercises the group panellists also emphasized the importance of giving the mind a break from all the hustle. This can be done by pursuing a hobby or an extracurricular activity. Perhaps read a book? Learn how to bake? Explore new paradigms of what can be done apart from school-related responsibilities.

After all, the time we spend in university, with our friends, learning about new things every day is a blessing not everyone across the world has. So, it’s important to remain grateful for what we have. And this can be done by taking good care of ourselves, being kind to one another and of course, ourselves.

Binge eating, overconsumption of sugar, nicotine, spirits and engaging in highly risky behaviour – to term them better, psychologists call this an escapist attitude; an escape from accepting that one needs the right mental health guidance.  So, what stops people 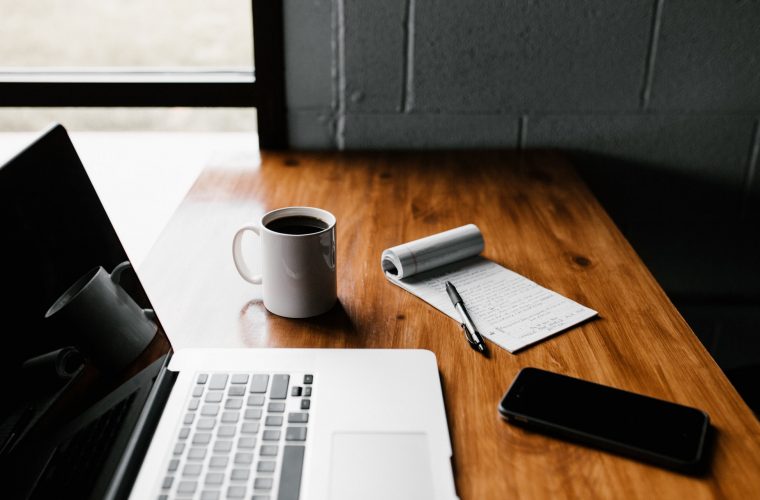 With the recent outbreak of COVID-19, Middlesex University Dubai is to be remained closed until the end of the academic year. Recognising the efforts of the university and the clubs to support students with academics and fun activities during this 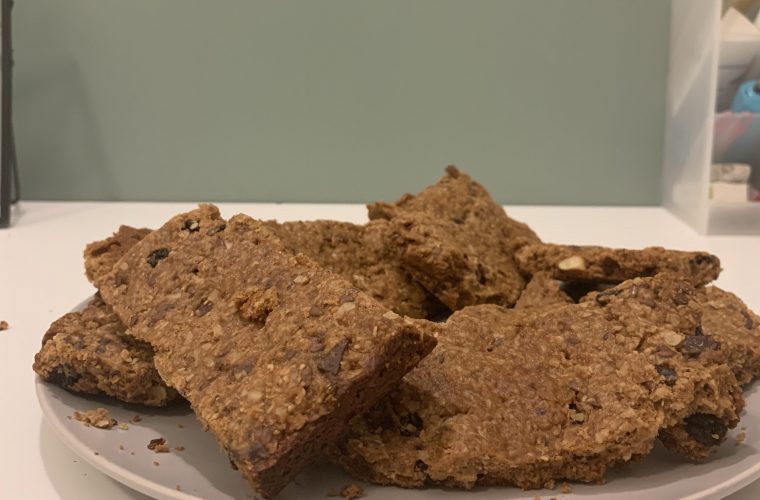 https://youtu.be/CHBTf2IuTbg Let's get one thing straight. Social distancing is a great way to focus on ourselves and learn new things, but it has worsened our eating habits. We've been making trips to the kitchen non-stop. Moreover, these assignments have been stressing