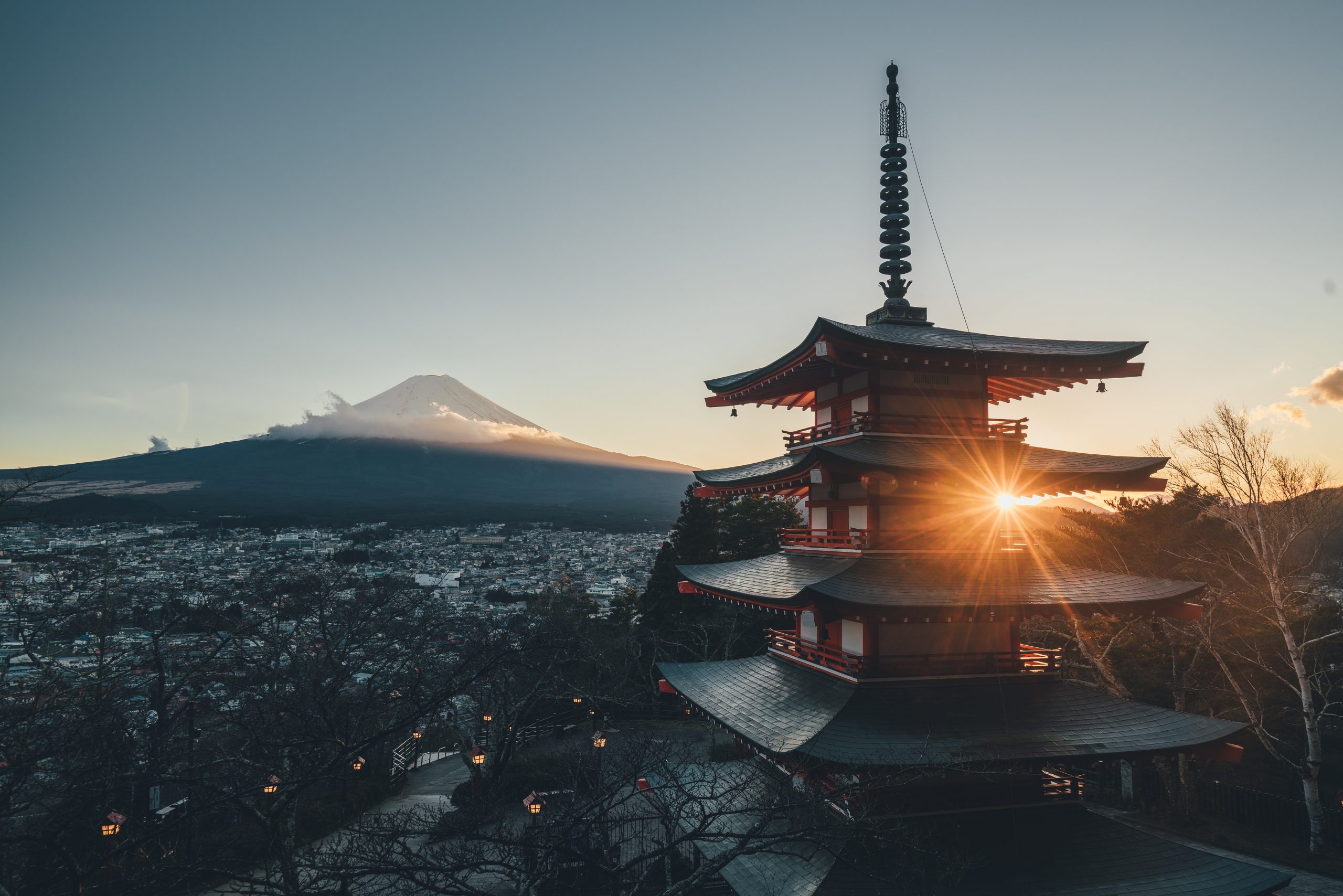 Japan, the Land of the Rising Sun

Why is Japan called Japan, when its official name in Japanese is ‘Nippon or Nihon’ (in Japanese: ‘日本’)? In other languages as well, its name varies. ‘Japon’ in French, ‘Giappone’ in Italian, ‘Yaponiya’ in Russian, 일본 (Il-bon) in Korean, and 日本 (Rìběn) in Chinese. All the examples comprise various, designated names given to the country by foreigners. However, before countries assigned their own titles, Japan was called Wakoku (in Japanese: ‘倭国’).

Oyashima and the ‘Eight Islands’

As Japan was a spoken language long before it became written as well, it is unclear how the Japanese referred to their country. The Kojiki, the oldest-in-existence Japanese text, dating back to 711-712 CE, reveals Japan’s mythical creation. The text describes the origination of a land named the ‘Eight Great Island’ , or else referred to as ‘Oyashima’, and in modern terms, as ‘Shikoku’. Although by the time the ancient text was written Japan was called ‘Wakoku’, it is unknown whether the natives instead referred to their country as ‘Oyashima.’

The Chinese Take Over

During their encounters, the ancient Chinese gave the Japanese population of the southern region the name ‘Wa’ (in Japanese: ‘倭’). This reference can be found in Chinese court documents, long before the Kojiki was composed. It is noted that the ruler of the Han Dynasty, Emperor Guangwu, gave a golden seal in his first Japanese envoy. Interestingly enough, the seal’s text of Japan’s national treasure translates to ‘King of Na, Land of Wa, vassal to Han Dynasty.’ It is unknown how the Chinese came up with the name ‘Wakoku’ or ‘Land of Wa.’ One prominent theory is that ancient Japanese words for ‘I’ and ‘we’ were ‘waga’ (in Japanese: ‘我が’) and ‘ware’ (in Japanese: ‘我’), thus, it was decided by the Chinese that the people they encountered on the islands were the people of ‘Wa.’

The Yamato, the largest ancient native Japanese group, living in modern-day-Honshu, adopted the Chinese name ‘Wa’(倭) and used it to write ‘Yamato’ (大倭).

The Land of the Rising Sun

The change in name, from ‘Wakoku’ to ‘Nihon’, took place around the 7th or 8th century. Some theories suggest that the Japanese changed the name as they did not like the one given to them by the Chinese. Others say it was Wu Zetian, the Chinese Empress, that demanded the Japanese change their name.

In Kanji, ‘Nihon’ means ‘origin of the sun’, which came from Japan’s geographical location – to the east of China, where the sun rose. In addition to that, the new name was related to the Japanese sun goddess, ‘Amaterasu’ (in Japanese: ‘天照大神’), possessing an important role in Japanese mythology.

In reality, the Japanese were dissatisfied with ‘Wa’ as the Kanji had acquainted it with negative connotations, such as being subservient and kneeling. Thus, Yamato changed the symbol ‘Wa’ (‘倭’) to ‘Wa’ (‘和’) which translates to ‘peace’. Consequently, ‘Yamato’ (‘大’) became ‘Yamato’ (‘大和’). The Japanese character for peace is still used to describe Japanese beef as well as washitsu (‘和室’), which are traditional rooms lined with tatami mats.

The first Europeans arriving in Japan were the Portuguese in 1543. Fascinatingly enough, they had sailed there on a Chinese trading ship which had deviated from its course and had thus stopped on the island of ‘Tanegashina’ for fresh water. In the Portuguese-Japanese dictionary (in Portuguese: ‘Vocabulario da Lingo de Lapam’) of 1603, the Jesuits use ‘Lapam’ to describe Japan while ascribing two further pronunciations, ‘Lippon’ and ‘Nifon.’ The Japanese got the name ‘Riben’ from the Chinese, which is a close translation of the name in Mandarin. Nevertheless, the language spoken by the Chinese at the time was Shanghainese or Hokkien. The former would pronounce Japan as ‘Zeppen’ and the latter as ‘Jitpún’. It seems that the Portuguese, in giving a name to the country, were influenced by the people of Nagasaki, who spoke in a Nikei-accent system. Therefore, ‘Nippon’, as they called it, translated into ‘Lapam.’

Italians later embraced the word ‘Lapam.’ The largest Italian city of the 14th century was Padua. Given the way the word travelled to Italy, (in literal terms, it travelled around the globe) and based on the Italian spoken at the time, the word was translated into ‘Giapan.’ As the Italian syllable ‘Gi’ sounds like ‘J’ in English, it got swapped to J, transforming into the word our modern world recognises, Japan.

Therefore, the name ‘Nippon’ became affiliated with the Portuguese, who were influenced by the Chinese dialects of the time. Then, from the three terms that were used, was transported to Padua, which was translated into Italian as ‘Giapan.’ In the end, the country’s name was anglicised and acquired the name – Japan. 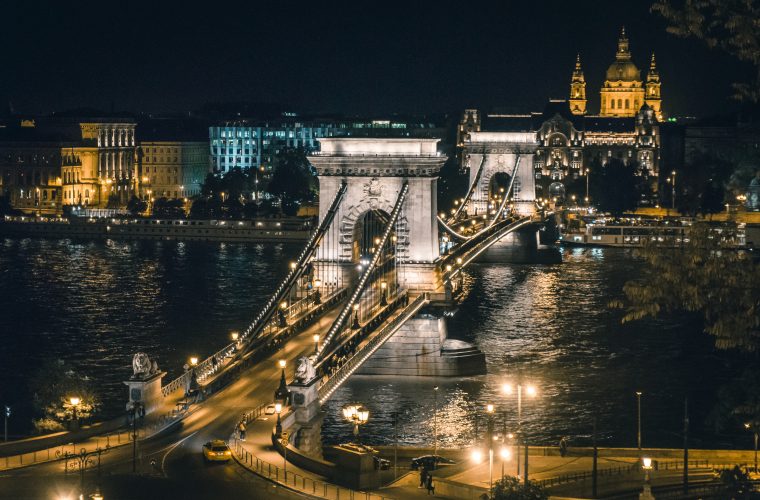 "Europe is the world's number one tourist destination with more than 700 million tourists visiting the continent as of 2019. It is widely known for its landscapes, architecture, food, fashion, and the list goes on!" I was scrolling through my phone 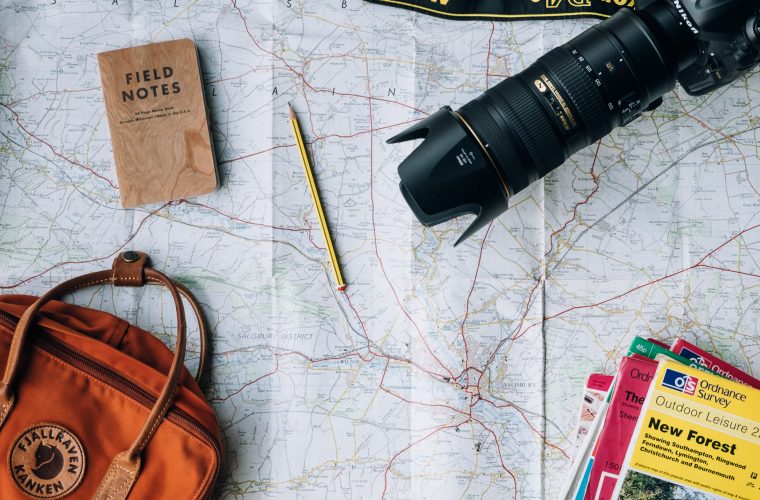 These past couple of months have been quite hectic for us all due to COVID-19, but what is the one escape we all have been craving? Well, here’s the one for me: travelling. Don’t we all remember the night before 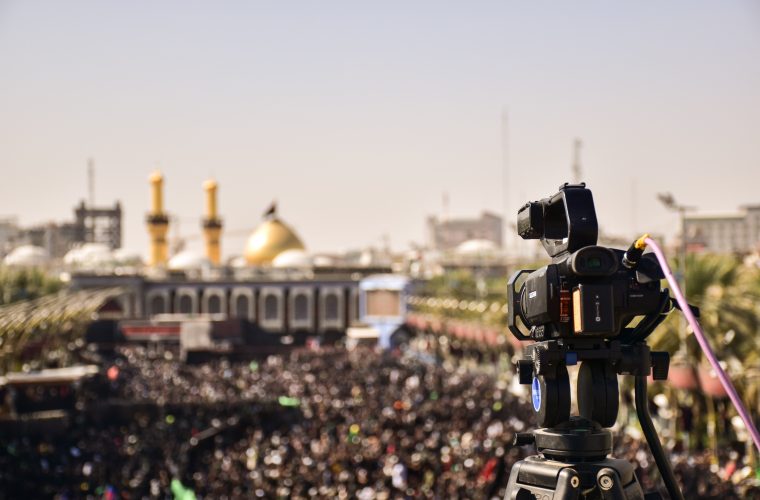 COVID-19 took over the world in 2020 but didn't stop millions from being pulled by their love for one man in the land of Karbala, Iraq. “There is a universal appeal in this martyrdom. Imam Hussain sacrificed his all, but he