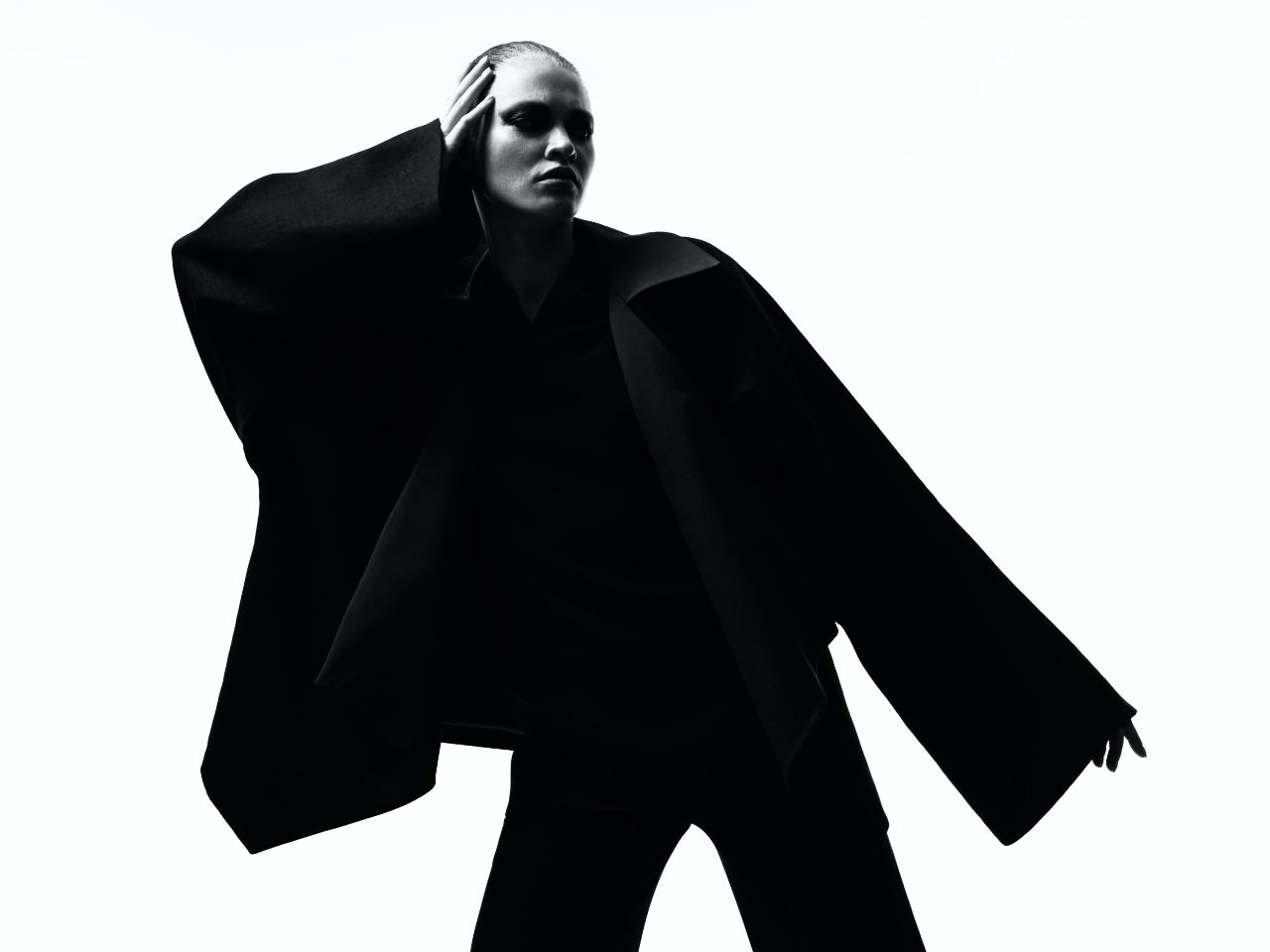 The Power of the Pantsuit

A vision of confidence.

A symbol of poise and class, strutting in boss-lady style straight into the certified fashion Hall of Fame.

The Beyoncé of the fashion world.

The powerful pantsuit has arrived.

The two-piece (sometimes three-piece) pantsuit, exuding sophistication, has been a timeless wardrobe staple for decades. For scores of women working in corporate settings, donning formal attire is a prerequisite. The pantsuit is the perfect choice, combining professionalism and, some would say, comfort and convenience, since many of us aren’t inclined to wear pencil skirts or dresses. Versatility, flattery, this two-piece has the full package.

An ode to girl power: the history

Although by no means is a pantsuit just a replacement for a dress, it was born out of this very sentiment. The advent of the First World War took all the men to the battlefields and all the women to the factories, who stood in as workers for the men who had left. Nothing doing, the complicated and heavy dresses had to go, and women began wearing trousers to be able to work without hassle.

Eventually, the pantsuit became a beacon of defiance towards a societal dress code for women, imposed strictly in the early 1900’s and before. The war gave women the authority they needed to push forth the feminist movement, to rebel and make themselves seen. The pantsuit became an accessory in enforcing equality and pushing the boundaries. If they could work like men, they could vote like men and wear like men.

French label Chanel has been credited with popularising the earliest pantsuits, and bringing the controversial outfit into the mainstream. Coco Chanel, fashion designer and founder of the label, began wearing pants more often in the 1920’s and is considered to be the pioneer of casual style for women, kick-starting the innovation of masculine female fashion.

Labels like Yves Saint Laurent and Armani revolutionised pantsuits in the later years and today, this set is as popular, if not more, than any other style. Despite the normalisation, it is still the poster of empowerment, and a reminder of the influence of fashion and its ability to change the times and trends.

To Mariam Sheikh, a Dubai-based fashion stylist, wardrobe editor and personal shopper, the pantsuit is a trophy of modest fashion and personal empowerment.

“Modesty empowers me,” says Sheikh, who wears the hijab. “As a modest dresser, pantsuits tick off everything on the checklist. I feel like I can rule the world.”

“The shift in the idea of women always needing to look desirable or a certain way to them donning a three-piece suit and still owning who they are, taking nothing away from their femininity, is what makes it so empowering.”

From the runway to the roadshow (and more)

The world has witnessed the pantsuit transform into a modern and chic trend, adopted by strong, enterprising women who take on the world.

“Trends come and go, but there’s something about a good, crisp pantsuit,” says Sheikh, adding that she felt like it was a staple she wanted to have in every colour since she wore it for the first time in school during a presentation.

Today, it is a constant in high-profile political wardrobes, as proven by popular female politicians like Alexandra Ocasio-Cortez, and Hillary Clinton’s incredibly iconic and impressive collection, encompassing every colour and shade on the spectrum.

Be it the red carpet or the royals, the pantsuit is adopted on the regular. Actresses and musicians attending award shows and premieres often wear unconventional designer varieties. Members of the blue-blooded kind like Meghan Markle, Kate Middleton, Queen Letizia of Spain and Sheikh’s personal icon, Queen Rania of Jordan tastefully switch it up with a blazer once in a while, and do so with the grace required of royalty.

The touch of the 21st century

As with all long-standing trends, the pantsuit has undergone an evolution of its own. No longer is there only one type of pantsuit, with a wide-leg or pencil trouser and a simple blazer.

The pantsuit of now is a custom endeavour, as can be seen through the work of House of Tailors, a bespoke tailoring house located in Sharjah catering to those with formal wear needs.

“Rather than following a specific a trend, customers mostly try out different styles that give them confidence and allow them to express themselves comfortably,” says Shafraz, a representative of the company, adding that these days customers want to experiment with mixing different colours and fabrics like linen, cotton and silk.

According to Shafraz, some of the hottest current deviations from the classic stuff are peplum tops and jackets, sleeveless double-breasted blazers, 70’s style flared trousers and cropped blazers.

Clearly, workplace fashion doesn’t have to be boring and you can make a pantsuit entirely your own.

As for Sheikh, oversized pantsuits in pastel tones are her most recent obsession, especially the shades in the Pantone Spring/Summer 2021 colour palette.

It’s all in the fit: an expert’s say on how to rock a killer power suit

Sheikh believes that a good fit is what truly makes a pantsuit.

“Something I make sure to look at before buying a pantsuit is the fit. Unlike other pieces of clothing, in which you can compromise a tad bit, the right structure and the right silhouette make the pantsuit a power suit.”

Sheikh’s pro tip: Keep an eye out for the shoulder pads, the length of the sleeves and the waistband before you pick out your own power two-piece.

“Oh, and a lot of confidence too!” 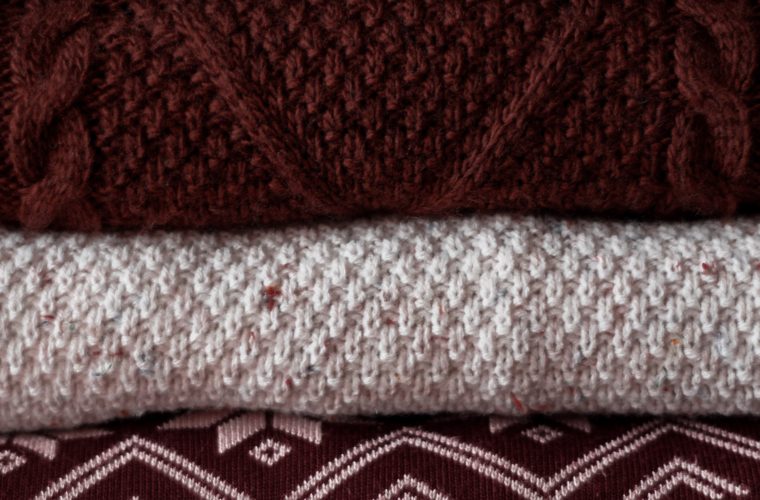 Winter in Dubai: A Waitin...

These days, a trip to any shopping mall is a constant game of I-spy-with-my-little-eye coats, jumpers and hoodies in every store display. Whether they’re high fashion labels or streetwear brands, the fall trends for this season have emerged from the 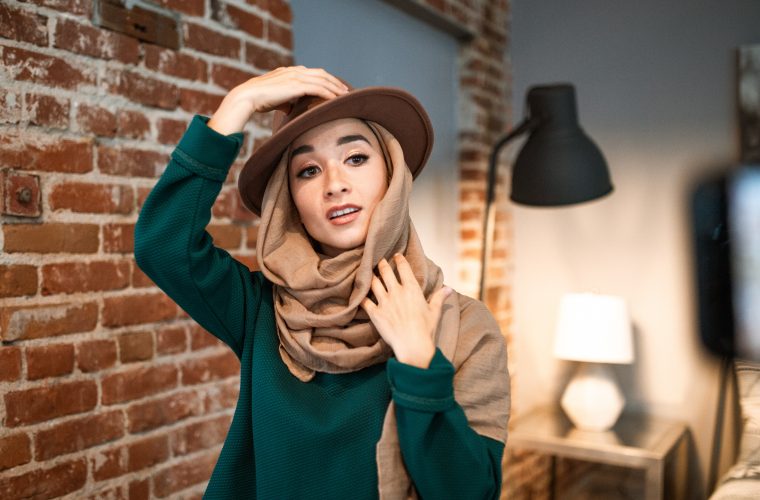 Relentlessly scouring through the internet and retail shops for the ideal clothes for Muslim women, Yaseen Farha had just begun wearing the hijab when she almost gave up all hope. Farha, like any other hijab-wearing woman, battled with modern-day fashion 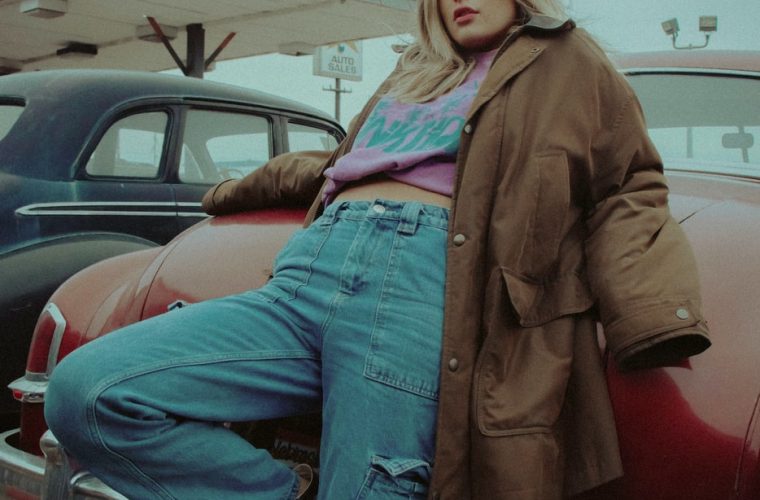 It’s been almost an entire decade since the ‘mom’ jean slowly disappeared from everyone’s closets, but now the trend is coming back and its revival is stronger than ever. Baggy denim is taking over #Fashion, engulfing it in each of