Millions of People — One Destination

COVID-19 took over the world in 2020 but didn’t stop millions from being pulled by their love for one man in the land of Karbala, Iraq.

“There is a universal appeal in this martyrdom. Imam Hussain sacrificed his all, but he refused to submit to a tyrannical government. He never gave any weight to the fact that his material force was far less in comparison with that of the enemy. The power of faith to him is the greatest force which regards all material force as nothing. This sacrifice is a beacon light of guidance for every community and every nation.”

Glancing below, Syed Mohammed Hadi was left in awe. The same thought kept circling his mind. About 1400 years ago, Hussain ibn Ali (peace be upon him), the grandson of the Holy Prophet Muhammad (peace be upon him) sacrificed everything to save his grandfather’s religion and at the end, was left alone on the plains of Karbala, Iraq. Today, millions across the globe flock to his shrine, the love for the grandson of the Prophet (PBUH) driving them to this holy land.

Overlooking the shrine of Abbas ibn Ali (peace be upon him), the brother of Hussain (PBUH), the Alanwar TV studio in Karbala gave an unrivalled view. The faint melody of chants, people swarming to holy grounds, a sense of tranquillity — a surge of positive energy radiated throughout, an experience unlike ever in his life before. The 22-year-old filmmaker had only heard of these experiences so far. It was October 19, 2019, when Mohammed and his team were invited upstairs by Alanwar TV to shoot parts of their documentary. He had arrived at Karbala with a team of youth to film the Arbaeen walk*, feeling blessed and honoured.

But a year later, would he feel that again?

He clutched on to his passport as sweat trickled down the side of his forehead. Along with a friend, he sat at the Iraqi embassy waiting for his visa to be approved. Hope was slipping away, and every passing moment was spent in dua (prayer) awaiting a miracle.

After COVID-19 was declared a global pandemic, everything changed. The world had gone into lockdown and uncertainty was at its peak. No one knew what to expect. No one knew if Arbaeen would even be possible this year. So, when Mohammed and his friend received the approval to be one of the few to go to Karbala this year, they couldn’t believe it — they were overjoyed and embraced each other. From then on, everything went smoothly, from the bookings to the preparations. Hussain ibn Ali (PBUH) and Abbas ibn Ali (PBUH) opened doors for the zawaar (pilgrims), ready to welcome them.

Every year, 20+ million people travel to Iraq for ziyarat (pilgrimage), however, this year, the numbers dropped following entry restrictions by the Iraqi government. According to a Reuters report, the Iraqi officials had only permitted entry to 1,500 pilgrims per country. With this, COVID tests became mandatory before entering and exiting the country.

“I think the biggest precaution is that they require all visitors to have been tested negative before arriving in the country. I also did see a heightened sense of awareness for general hygiene in terms of billboards etc. The management did a great job spraying disinfectants and providing masks to people entering the Harams,” said Abrar Mirza, a Pakistani-American who travelled for Arbaeen this year.

Many foreign pilgrims were unable to participate in the 80km walk from Najaf to Karbala (Arbaeen walk). They had entered Iraq a couple of days before Arbaeen due to visa approval delays. Hence, most international mawkibs (places where pilgrims can take refuge or motels) that were usually stationed, weren’t set up. This year, Iraqi mawkibs took charge to welcome the international zawar (pilgrims) and make them feel at home. They “held true to their promise to Imam Hussain with their excellent hospitality” as they do every year, stated US citizen Zishan Badar, who resides in Chicago.

The Arbaeen walk brings together people across the globe from different walks of life. It allows individuals to look beyond their differences and connect as human beings.

Brian Rowlings, an atheist who participated in the Arbaeen walk the year prior, described how he felt “extremely welcomed and full of happiness.” On the journey to learn more about the place, the purpose and the people, Brian decided to look beyond Western media and its coverage of Iraq.

“I live in the Western world and what we see in the media is completely different from what reality is. Much of Arbaeen and the walk, in general, isn’t known in that part of the world. This is why I wanted to experience the largest peaceful gathering in the world on my own and discover what it’s like.”

Whether it’s curiosity or love, the zawaar (pilgrims) were pulled towards Karbala the years before and this year too, amidst a pandemic.

Karbala was filled on the day of Arbaeen and chants of ‘Labbaik Ya Hussain’ (I am here, O Hussain) echoed throughout the harams.

“What pulls people here is the love for Hussain ibn Ali. People have come in times of dictatorship, in times of war and now they’re coming in times of a pandemic,” Zishan stated.

Hussain ibn Ali (PBUH) is for humanity and his story inspires people of all times.

“It is impossible to not be ‘pulled’ towards Imam Hussain for any human that has a shred of empathy — from the unmatched magnitude of his sacrifice to his companions’ unwavering resolve and conviction in their cause. I think humanity as a whole should step back and reflect on the reason he was so brutally massacred,” said Abrar.

The ziyarat (pilgrimage) allows pilgrims from all backgrounds to not only connect with each other but also strengthen their bond with the Prophet Mohammed (PBUH) and his family.

“The message and love of Imam Hussain connects people. These situations such as the pandemic tell us that it’s a test that can be overcome, that we shouldn’t lose hope and stay connected with him [Prophet Muhammad (PBUH)] and with his family,” said Syed Muhammad Jaffar, a Pakistani-based journalist.

The crowded streets of Karbala on the day of Arbaeen slowly began to quiet down the next day.

“The Iraqi people visit Karbala and Najaf quite often so, during Arbaeen, they come for ziyarat (pilgrimage) and then usually return back home on the same day or the day after. So, after 21st Safar*, there were very less zawars (pilgrims), it was very different,” Muhammad Jaffar recalls his experience this year.

19-year-old Zuhair Ali felt the same. In fact, unlike his Arbaeen trip last year, this time he got to hold on to the shrine for much longer.

“A day after Arbaeen, there were barely any people in the haram [shrine]. I remember holding on to the shrine for an hour, with my eyes closed, praying — it was truly a blessing.”

For Zuhair, going to Karbala was a miracle, with his visa being rejected once already. Travelling without his family, Zuhair called his mother as soon as his visa was approved and both mother and son were ecstatic.

“I don’t know what I did. I was just constantly praying outside the Iraqi embassy and God heard my duas (prayers),” he said emotionally.

Even with fewer zawar (pilgrims) present this year, the energy was just as strong.

“The numbers have decreased this year compared to previous years but the passion, the commitment and the desire to walk, I feel was just as much as the previous years or even more,” said Zishan.

With the number of foreigners entering Iraq, many would expect COVID cases to rise. However, against all odds, cases dropped from October 7 to the 12 according to the World Health Organization.

“Going for Arbaeen ziyarat (pilgrimage) isn’t to maintain a ‘streak’ or to say that I’ve been going for these many years. It’s about connecting this ziyarat (pilgrimage) with God. This is why it’s crucial to understand the message of Imam Hussain,” Mohammad Jaffar stated.

In a discussion with a scholar, Nusrat Abbas Bukhari, during the last Arbaeen, he stated how the ziyarat (pilgrimage) was an event that encouraged tolerance.

“We all come from various backgrounds, from across the globe, and no one focuses on the differences. Imam Hussain has shown the world that in a few days he can bring millions of different people together who care for each other.”

The global pandemic shook the world but didn’t stop the Zawar e Hussain (pilgrims of Hussain) from reaching their destination. Millions across the globe couldn’t make it physically but made it spiritually instead. They made their hearts his shrine and reached him nevertheless. People connect in different ways and that is where the beauty lies. From a TV studio overlooking the shrine, praying outside the Iraqi embassy, or simply raising one’s hands towards the sky thousands of miles away on a prayer mat — a connection can be made anywhere.

Every year, people fall deeper and deeper in love with a man who was martyred about 1400 years ago. The same man whose story awakens individuals to become better human beings — every single year.

How is it possible that the same story repeated year after year for more than a thousand years, can still be alive today? Truly, the grandson of the Prophet Muhammad (PBUH), continues to inspire human beings from every sect, religion and culture till date. The essence of Hussain (PBUH) is that he is, and will always be, for everyone.

Syed Mohammad Hadi returned home, bringing back a baggage of memories and love for Hussain ibn Ali (PBUH), stronger than ever.

However, one thing was for sure.

He had left his heart in Karbala.

*Arbaeen means 40 in Arabic. It is a religious procession that takes place 40 days after the martyrdom of the grandson of the Prophet Muhammad (peace be upon him). Millions commemorate the event after Hussain ibn Ali’s martyrdom anniversary every year by flocking to his shrine in Karbala, Iraq. Many start the Arbaeen walk from Najaf, a city in Iraq to Karbala which is about 80 kilometers. The pilgrimage of Arbaeen is the largest peaceful annual gathering in the world.

**Second month of the Islamic calendar 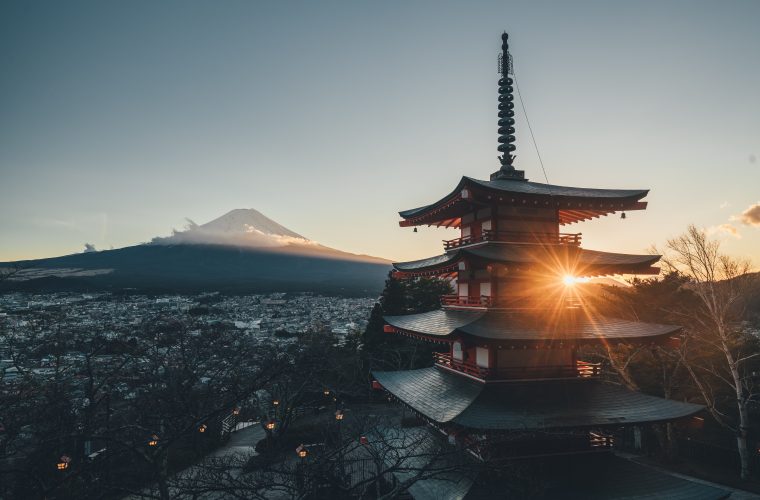 Why is Japan called Japan, when its official name in Japanese is ‘Nippon or Nihon’ (in Japanese: ‘日本’)? In other languages as well, its name varies. ‘Japon’ in French, ‘Giappone’ in Italian, ‘Yaponiya’ in Russian, 일본 (Il-bon) in Korean, and 日本 (Rìběn) in Chinese. All 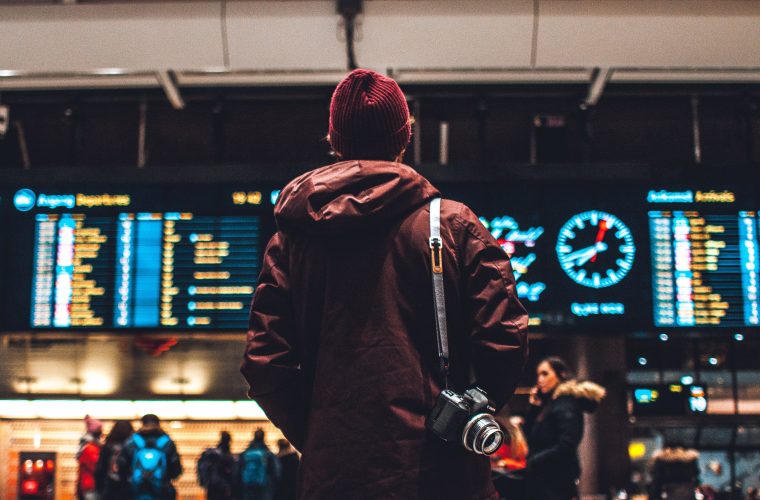 From the sun-kissed beaches of the Aegean Sea to the Alps for skiing, to the sandy air of the desert, to the Buddhist temples, and to a mix of cultures, I present to you five destinations to add to your 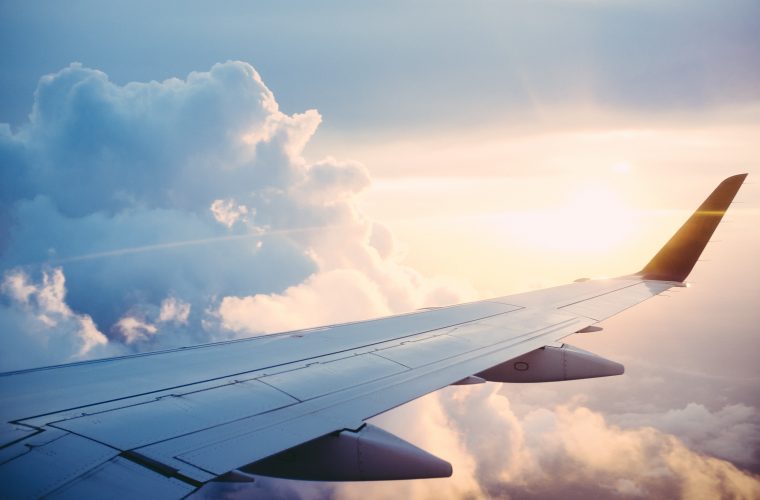 Tour the world from the comfort of your sofa